Thomas has reached the grand old age of one year. He accomplished this a few two weeks ago now. Two days after that I switched him to drinking his morning and evening milk from a cup instead of a bottle.

Along with this switch and the gradual phasing out of his baby formula over the previous three weeks, came the …

Time has flown (mostly in a sleepy, chore based blur) so fast that it was now almost three weeks ago that the latest addition to our family arrived. 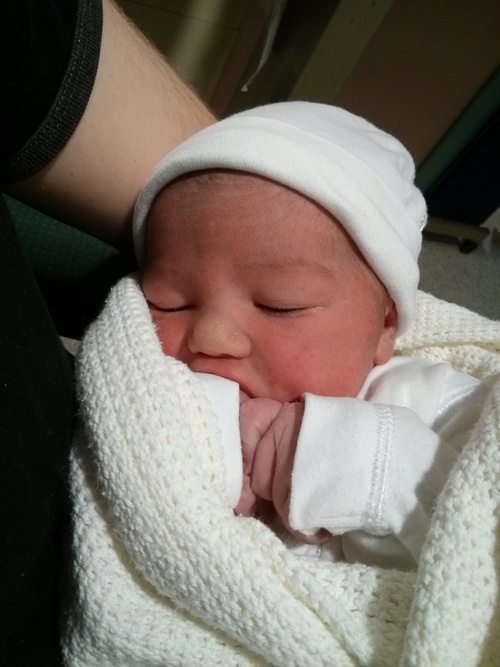 Thomas was born on the 6th November by emergency caesarean section.

It was a slightly unusual birthing process that ended up including some natural labouring, an ECV, ARM, return to …