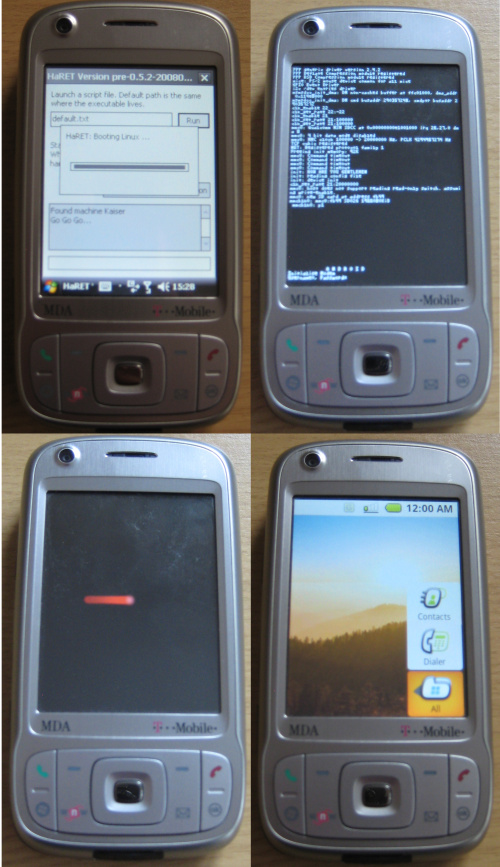 Sort of! It boots most of the time (via HaRET) and produces a desktop with some menus that can be navigated and applications that can be launched. The controls on the front of the phone seem to do useful things and the slide out keyboard works . The touchscreen however is far from right with touches causing random things to happen!

There's also the minor point that it can't actually make calls, send SMSs or connect to the Internet! It does look pretty though!

It's also significantly faster to interact with than the default Windows OS of the phone.

You can get Android for the HTC Kaiser/T-Mobile MDA-III. There is also a very long xda-developers thread about it. It's still using an early version of Android and there are numerous extra bits that need to be sorted out to port it to the phone I have, but it looks very hopeful for a few months time.